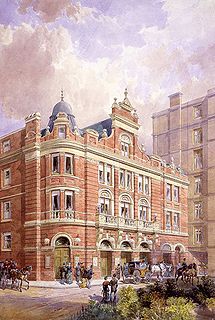 On May 5, 2018, William conducted the U.S. premiere of Sullivan's The Martyr of Antioch in NYC for Utopia Opera.

As a Music Director, he led the cast of SavoyNet's Utopia at the 2016 Festival, receiving the award for Best Concerted Item for Eagle High and a nomination for Best Music Director.